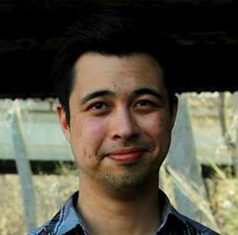 Will was raised in Michigan and left for the south once he realized he didn’t like dealing with snow and the cold as an adult. He started his career as a journalist, working for his hometown newspaper in Michigan, then the Keynoter in the Florida Keys and finally at the Houston Chronicle.

Since leaving journalism, Will has worked as an online editor, social media producer and researcher. All of these skills fit his role as a copywriter with Internet Lava, where he researches, writes blog posts, attorney pages and other articles. He also manages websites by uploading content and photos.

Will moved to Houston in 2016 and has loved it ever since. In his spare time he likes to read, explore the city, try new recipes, write fiction and play video games.