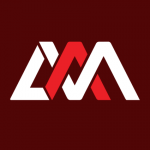 Goldstein, Goldstein, Hilley & Orr have been with us since 2014 and we are proud to count such a prestigious and well respected firm as one of our clients. The partners have been fantastic to work with. Cynthia Orr is a nationally recognized defense attorney who has been elected as Chair of the American Bar Association (ABA) Criminal Justice section and formally served as President of the National Association of Criminal Defense Lawyers (NACDL). She has handled a large number of high profile cases from Texas criminal courts to appearances and wins before the U.S. Supreme Court.

Gerald “Gerry” Goldstein is a veteran criminal defense attorney who has been practicing law for 50 years. Gerry also previously served as the president of the NACDL and has taught law at the University of Texas as well as St. Mary’s University School of Law in San Antonio. Gerry is a legend of the profession with multiple appearances before the Supreme Court including filing an amicus brief on behalf of Manuel Norriega, former Panamanian dictator in CNN v. Norriega 498 U.S. 976 (1990). His other famous cases include  helping free Michael Morton, a man who spent 25 years in prison, wrongly accused of murder.

Mr. Goldstein has also been an outspoken champion of civil liberties and appeared before the U.S. Senate in criticizing the Patriot Act for infringing on Americans’ Fifth Amendment right to counsel.

We could not be happier to be helping such titans of the legal profession continue their work and we are thrilled to be launching their new site.